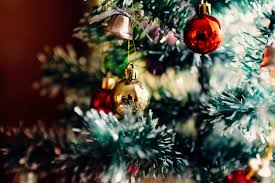 2016 has been filled with news of cyber-attacks and hacking.

The news is continuously flooded with reports of cyber-attacks and it is clear at this point that no one and no business is immune to the dangers of the hacker community.  With the onslaught of cyber-crimes, what is a SMB owner to do?  You have taken what you feel are the necessary steps to keep yourself safe; installing firewalls and communicating to employees the importance of strong passwords.  Even though you have taken these steps, you could still be victim of a hackers.  Here are five clues that you and your network might have become victims:

Clue 1) Slow internet connection. When hackers gain access to your network they begin to use your bandwidth for their own purposes.

Clue 2) Unauthorized programs have been installed on your network.  If you notice an unfamiliar program that was not authorized, documented or installed by anyone within your organization, that’s a sure sign that a hacker has invaded your network.

Clue 3) Spam emails are being sent from your company computers and email accounts.  Spam emails look legitimate because they are coming from your trusted email address.  Many of your customers may open them, annoying your subscribers and possibly leaving them open to security threats of their own.

Clue 5) Visitors to your home page are redirected to another site or antivirus solutions are flagging your site.  An internet search for your site results in error messages that warn the searcher that malware has been detected on your site.  This warning means that hackers have certainly uploaded some sort of malicious software to your system.

If you have noticed ANY of these signs, do not wait any longer.  Contact Net Works.  We are cyber-security experts and will perform a full security audit on your entire system.  We live in a complex connected world; you cannot afford to face downtime or data loss due to hackers.  Threats are everywhere, don’t try to take on the hacker community on your own.  Contact Net Works today!